Postharvest losses and the road to food security

Food loss includes the physical loss of food as well as quality losses that can diminish the economic value of a crop, or make it unsuitable for human consumption. Food waste, by contrast, refers to food that is discarded or used for non-food purposes, despite being safe and nutritious for humans to eat.

The reasons for food losses vary by country. They include overproduction, premature harvesting, poor storage and processing facilities, inadequate market systems, overly high standards for the weight, shape and appearance of foods, and a lack of knowledge about effective postharvest management. Food losses directly impact producer incomes. They reduce the nutritional quality of diets. They also squander the resources, such as land, water and energy, that were used to produce the lost food. Studies indicate that one-third of the food produced for human consumption is lost or wasted, about 1.3 billion tons per year. Global economic losses from food loss and waste amount to about US$940 billion annually, according to the FAO. 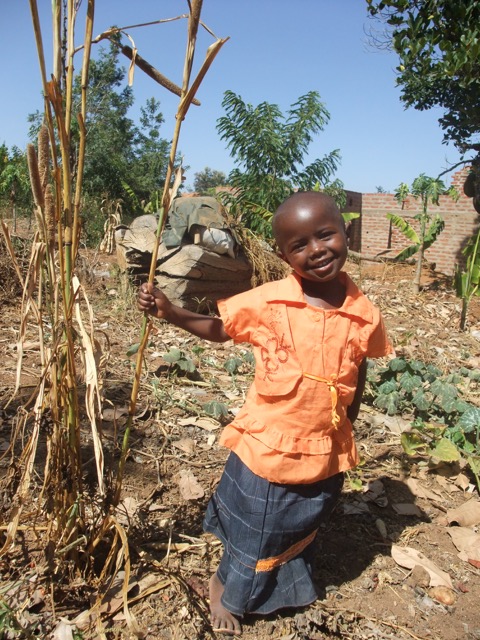 Bioversity International. Some rights reserved: CC BY-NC-ND 2.0 Food security first emerged as a concept in the mid-1970s, when rapidly rising prices led to a global food crisis. The reduction of postharvest losses as a partial solution to world hunger was recognized in 1974 at the first world food conference in Rome. Participants cited the food losses caused by poor postharvest management, and stressed the need to ensure better processing, storage, transport and distribution, and to educate and protect consumers. The Seventh Session of the United Nations General Assembly, meeting in 1975, set a goal of 50% reduction of postharvest losses by 1985, setting off a keen development interest that lapsed once commodity prices began to come down.

Massive food price spikes in 2008 and 2011 sparked new concerns about the world’s capacity to feed itself in years to come, especially in light of climate change and an ever-increasing global population. This reignited an interest in the question of whether reducing postharvest losses could improve food security. In 2012, researchers in Finland estimated that an additional one billion people – 50 percent of the additional population expected by 2050 – could be fed from current resources if food crop losses were cut in half.1

The Comprehensive Africa Agriculture Development Programme (CAADP) is Africa’s policy framework for agricultural transformation, wealth creation, food security and nutrition, economic growth, and prosperity. To mark the 10th anniversary of CAADP, the African Union (AU) Heads of State and Government declared 2014 to be the Year of Agriculture and Food Security, an opportunity to consider achievements and lessons learned over CAADP’s first decade. This exercise culminated in the adoption of the Malabo Declaration on Accelerated Agricultural Growth and Transformation for Shared Prosperity and Improved Livelihoods by the AU Assembly in June 2014. A target to reduce current levels of postharvest losses by half is included under the commitment to end hunger in Africa by 2025.

According to the 2017 progress report to the AU, only 20 of the 47 Member States reported being on track to meet their commitments under the Malabo Declaration. The prognosis for the postharvest loss target is far worse: only five out of 54 countries on the continent have provided adequate data on losses inside their borders (see the box below on what APHLIS is doing to help).

A number of challenges were identified by the progress review, including a lack of:

In 2018, the AU Commission developed the African Union Post-Harvest Loss Management Strategy with support from FAO. The strategy, which covers horticultural crops, livestock and fisheries products, presents an integrated approach to managing postharvest loss across the value chain. In addition to achieving the targets of the Malabo Declaration, the implementation of the strategy aims to support the achievement of the United Nations Sustainable Development Goal (SDG) Goal 12.3, described below. It also supports the realization of the commitments by AU Member States under the Paris Agreement and the Nationally Determined Contributions (NDC) to curb national emissions, which result from, among other causes, increased food production as a contributor to and consequence of postharvest loss. The NDCs, along with Nationally Appropriate Mitigation Actions and National Adaptation Plans, are important mechanisms for integrating food loss and waste reduction mitigation into climate change planning processes.

The 2030 Agenda for Sustainable Development was adopted by United Nations Member States in 2015 as a blueprint for peace and prosperity. At its heart are 17 Sustainable Development Goals (SDGs), which confront global challenges such as poverty, hunger, inequality, climate, environmental degradation, prosperity, and peace and justice. Food loss and waste are addressed under Goal 12 on responsible production and consumption. Goal 12’s third target is to halve per capita food waste at the retail and consumer levels and reduce food losses along production and supply chains, including postharvest losses by 2030. All of the SDGs call for comprehensive, participatory approaches and are interlinked. For example, progress on Target 12.3 will support the achievement of goals on poverty reduction (SDG 1), food security and nutrition (SDG 2), climate action (SDG 13) and natural resources and ecosystems (SDG 6, 14 and 15).

The targets set out in the SDGs – 169 in total – serve as guidelines to help governments develop implementation and resource allocation strategies for the 2030 Agenda for Sustainable Development. A set of globally-agreed indicators is used by countries to monitor and evaluate progress on the SDGs and their targets. The Global Food Loss Index (GFLI) was designed by FAO, which is the custodian for the loss element of SDG 12.3. The GFLI focuses on the supply stages of food chains and measures changes in percentage losses over time for a basket of ten commodities. It covers losses that occur on-farm, during transport, in storage and during processing and serves as a tool for helping countries measure their progress towards achieving Target 12.3.

Postharvest loss is a solvable problem. Many of the technologies and practices needed to address postharvest loss already exist. Wide adoption of such practices would provide significant support for food and nutrition security. But challenges remain. Despite supportive policies and donor interest over the years, losses continue to be high.

Scaling up postharvest interventions requires a clear understanding of the true extent of postharvest loss. But there are significant difficulties in measuring such loss. Supply chains are complex and the processes they include may vary in scope and efficiency for different commodities, making it difficult to obtain reliable information about losses. Gathering such information can be extremely costly, which has seriously limited the ability of countries to effectively measure food losses over time. In addition, improved postharvest practices are often not adopted by smallholder farmers, either because they are not aware of them, they lack the knowledge of how to use them effectively, or the investment costs are seen to outweigh the perceived benefits. In addition to the low uptake of improved postharvest technologies, an inconsistent use of agricultural best practices, and limited participation in collective storage and sales are key behavioral barriers to successful loss reduction.

The role of APHLIS – the African Postharvest Losses Information System

APHLIS gathers data on postharvest losses across sub-Saharan Africa by combining information from academic research with contextual observations by local experts. This provides researchers, practitioners and policy-makers with a valuable overview of postharvest losses using a cost-efficient, open-source system; this enables them to focus on crops and areas where interventions will have the most impact. Historically, APHLIS has focused on losses around eight cereal crops – maize, sorghum, millet, wheat, barley, rice, teff and fonio.

Policy support from APHLIS
In December 2018, APHLIS hosted a masterclass in South Africa for scientists and decision-makers on the role that postharvest loss estimates can play to support policy-making in sub-Saharan Africa. It has been agreed with FAO that the new Global Food Loss Index – a tool for countries to measure their progress towards SDG Target 12.3 – will use APHLIS loss estimates to provide the basis for loss figures where direct measurements are not available. Three of the five countries – Malawi, Rwanda and Uganda – that have provided loss data under their Malabo commitments were able to collect both their baseline and monitoring data with assistance from APHLIS and they are now on track to achieve their post-harvest loss targets by 2025.

APHLIS develops postharvest loss profiles that quantify expected losses – by percentage of production – at each point along the postharvest chain, from harvesting to storage and marketing. The loss data is derived from scientific literature and broken down by crop, type of farm and climate type. The loss profiles are enriched with information related to local conditions and practices that may affect losses on a seasonal or annual basis, such as weather, pest incidence, and length of on-farm storage. APHLIS network members collect this data from official sources (e.g. ministries of agriculture and statistics offices) and conduct interviews with farmers and extension workers. Seasonal factor data enable APHLIS to adapt the relevant loss figures from the PHL profiles to particular circumstances, and to convert percentage losses into absolute losses using production figures. Based on the postharvest loss profiles and seasonal factors, APHLIS estimates losses at the provincial, national and regional levels. This information would be prohibitively expensive to obtain through direct observation and measurement.

APHLIS is currently expanding the range of crops covered by the system to include pulses (common bean, groundnut, and cowpea), roots and tubers (cassava, yam and sweet potato) and banana and plantain. We will soon be able to issue postharvest risk warnings and assessments of the nutritional and economic impacts of postharvest losses. We are adopting better modelling approaches and expanding our network of experts. As a result, we are in an excellent position to provide decision-makers in African countries with the data they need to meet their postharvest loss policy commitments.