Understanding the role of gender in postharvest loss

One of the greatest challenges for agricultural research and development is to feed the world’s growing population – expected to reach 8.5 billion by 2030 – while crop yields are increasingly threatened by the changing climate. Most of the attention around this challenge focuses on improving production, yet reducing postharvest losses is an important way to increase food availability and improve farmer livelihoods without the need for additional productive resources. In addition to limiting the amount of food available for consumption, postharvest losses can reduce farm productivity, wasting production resources and prompting expansion into fragile ecosystems. According to APHLIS, postharvest loss is a particularly serious problem for sub-Saharan Africa, where up to 50% of crop production may be lost before produce reaches the consumer. With an estimated value of US$ 4 billion per year, these losses threaten the food security and livelihoods of millions. 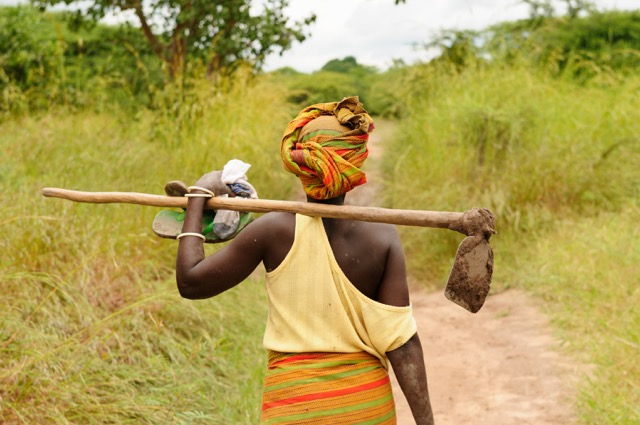 Shutterstock image In sub-Saharan Africa, women play a significant role in agriculture, particularly in postharvest activities such as drying, storing, cleaning, and processing food. Women make decisions on how much food to store and how much to sell, based on family consumption requirements, storage facilities, market price and need for immediate cash. Women’s prominence in agriculture can only increase in future, given the trend of increasing female-headed households across the region. Yet their roles are often ignored in efforts to improve the performance of postharvest systems.
This is certainly true at the policy level, where there have been efforts to stem postharvest losses since 1974, when the first World Food Conference identified the elimination of losses as part of the solution to world hunger. In 1975, the United Nations General Assembly set a goal of 50% reduction of post-harvest losses by 1985. More recently, the Malabo Declaration on Agriculture and Postharvest Losses committed African Union Heads of State and Governments to cut the current levels of postharvest losses in half by 2025. Neither made explicit reference to the potential part women might play in achieving these goals. The 1974 commitments were not met, nor does it appear that many African countries are on track to meet their commitments under the Malabo Declaration.

At the field level, efforts to reduce postharvest losses have tended to focus on technological solutions that women may not have the opportunity or resources to utilize. Women tend to face greater difficulties than men in accessing productive resources and markets. They may lack access to credit and the information they need to carry out their tasks effectively. Extension services are critical for diffusing new technologies and good practices, but they often do not recognize that reaching female farmers requires a clear understanding of their specific needs and roles, their time constraints and the cultural acceptability of interacting with male extension agents.

A recent study of literature on postharvest losses in sub-Saharan Africa found that fewer than 1.5% of the documents reviewed (3 out of 213) explored gender issues, indicating that such issues are woefully under-researched 1. On a positive note, women’s crucial contributions to agriculture in the region, and the gender-specific constraints that limit their contributions to agricultural productivity, economic growth and food security are gaining increasing attention from science and policy.

Reducing postharvest losses calls for targeted investments and agricultural policies, which in turn requires understanding the causes and impacts of loss. Recognizing the social and gender-related aspects will be particularly critical. A gender analysis of the food supply chain allows us to see the underlying causes of food losses from a broad perspective. This provides detailed knowledge of the postharvest activities that are dominated by men and those that are dominated by women. It also enables us to understand differences between men and women in terms of access to resources and services, norms and values, and their voice and influence over decision-making in the food supply chain. The various productive roles of men and women affect their access to productive resources, technologies and services, as do their social status and power relations. Understanding where and by whom a loss-generating activity is being managed could make the loss easier to address. If an activity identified as generating losses is mainly managed by women, for example, there could be gender-related causes that call for gender-related solutions. Investing in women as food producers, processors and traders will reduce postharvest food losses, while also giving women the economic means to support themselves, their families and communities.