Postharvest losses do not only squander food, and the land, water, labour and other inputs used to grow crops. A new APHLIS tool reveals the considerable impacts of such losses on the nutritional requirements of people.

Postharvest losses can affect nutrient availability at various points along the food chain. When grains scatter or are overlooked during harvest, all of the nutrients they contain are lost as well. The same is true when produce falls from a cart during transport or is partially or totally damaged by pests in storage. When food is lost, its nutrients are no longer available for human consumption. 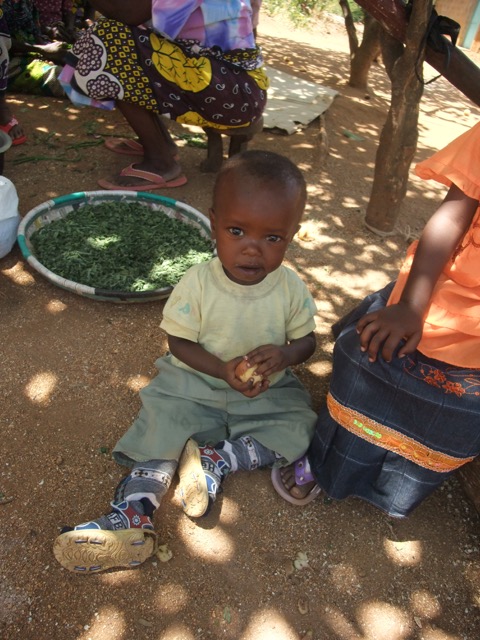 The African Postharvest Losses Information System was created in 2009 in response to calls from development agencies for a more nuanced understanding of postharvest losses across sub-Saharan Africa. The initial aims of APHLIS (2009-2014) were to gather, analyze and disseminate data on the quantity of cereal grains being lost during harvest, drying, threshing, storage and transport. Then, as now, APHLIS loss estimates used measurements recorded in the scientific literature, which were then contextualized using postharvest data provided by a network of local experts. During its first phase, APHLIS estimated postharvest losses for nine key cereal crops at provincial and national levels in 38 countries in sub-Saharan Africa.

A second phase of the APHLIS project (2015-2020), supported by The Bill and Melinda Gates Foundation, is expanding the range of crops to include the main legume, root and tuber crops in African food systems. Phase 2 also includes the development of tools that estimate how human nutrition and economic systems are affected by postharvest losses.

The tool for calculating nutritional impacts of postharvest losses was released in September following a three-year process of development. By selecting a particular country and crop, users can discover how much of a particular nutrient has been lost each year, starting from 2010, and how many people’s annual dietary needs could not be met as a result of the loss.

As with the APHLIS quantitative loss estimates, nutritional loss information is available at both national and subnational levels.

The nutritional postharvest loss (NPHL) tool uses food composition studies to determine the amounts of different nutrients normally present in the crops covered by APHLIS. Food composition data include energy values, and nutrients such as carbohydrate, protein, fat, dietary fibre, calcium, iron, zinc, folate, vitamin A and vitamin C. Different varieties of a crop may differ in terms of the relative amounts of nutrients they contain, and the location and conditions under which a crop is produced can also affect its nutrient content. To date, detailed data sets of the nutrient composition of different varieties grown under different conditions or in different locations are not available. However, to help account for some of the varietal difference between regions, the NPHL tool offers users the choice of food composition tables, from Tanzania, West Africa, Lesotho, and the United States Department of Agriculture dataset; these provide representative nutrient composition data for the main crops grown across sub-Saharan African countries. Additional food composition tables or datasets can be added.

The NPHL tool uses the quantity of lost nutrients to determine how many people’s annual dietary needs could have been met had the losses not occurred. The quantity of lost nutrients is calculated by multiplying the tonnes of postharvest losses that occurred in a particular location (based on the APHLIS postharvest losses figures) by the nutrient composition of the focal crop (as determined from the food composition tables). The tool uses the national weighted average nutrient requirements to show how many people’s annual dietary requirements could not be met as a result of crop postharvest loss.

Nutrient requirements are specific to life-stages (age, sex, pregnancy and breastfeeding status) and physical activity levels. The calculations take into account the dietary requirements of different groups of people (e.g., women of reproductive age, children) to determine the impact of the postharvest nutrient losses on the various life-stage groups. De-hulling, milling and cooking methods affect the nutrient composition and availability in foods produced from cereal grains and other crops. The NPHL calculator presents the nutrients lost when dried stored grain, prior to milling or cooking preparations, is lost postharvest. The tool was carefully reviewed by a team of nutritionists and postharvest experts in 2018.

“The values revealed by the NPHL calculator show that postharvest losses of even one staple cereal crop in a country mean that the annual nutritional requirements of millions of people are being lost,” said Dr. Tanya Stathers, who led the development of the tool. “It is our hope that creating and making this information easily available will prompt a greater appreciation of the very human cost of postharvest losses in Africa and drive targeted actions to reduce postharvest losses.”

Nutritional impacts of postharvest losses (all values are for 2018) 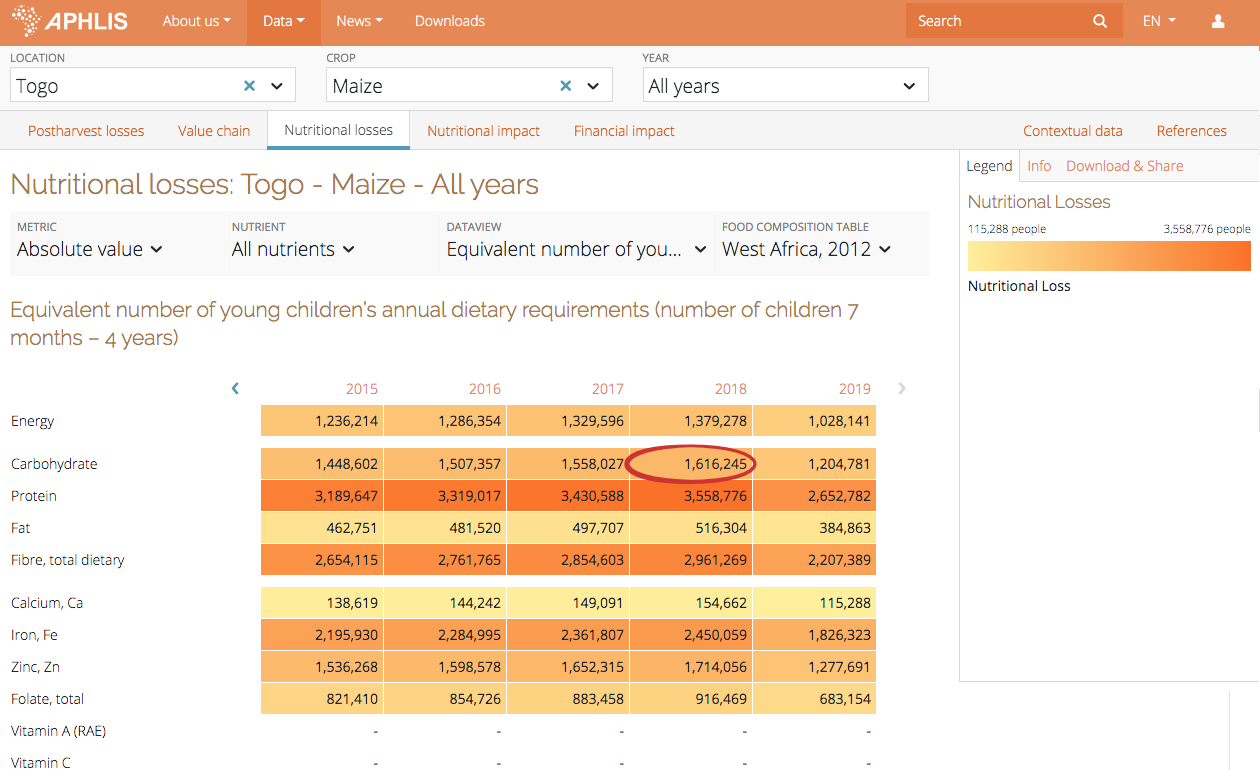 Adding a nutritional lens to postharvest loss assessments will help decision-makers, donors, and researchers to decide where best to focus investments and activities

Adding a nutritional lens to postharvest loss assessments will help decision-makers, donors, and researchers to decide where best to focus investments and activities to reduce losses and improve nutrition. Understanding the impact of postharvest losses on nutrition could also help African leaders build and prioritize programmes for meeting their commitments under the Malabo Declaration, which requires countries to cut their current levels of postharvest losses in half by 2025. To date, only five out of 54 countries on the continent have provided adequate data on postharvest losses within their borders.

APHLIS has also released a tool that calculates the financial value of postharvest losses occurring in sub-Saharan Africa. This tool is expected to make a significant further contribution to our understanding of how postharvest losses affect African economies and the livelihoods of farmers.